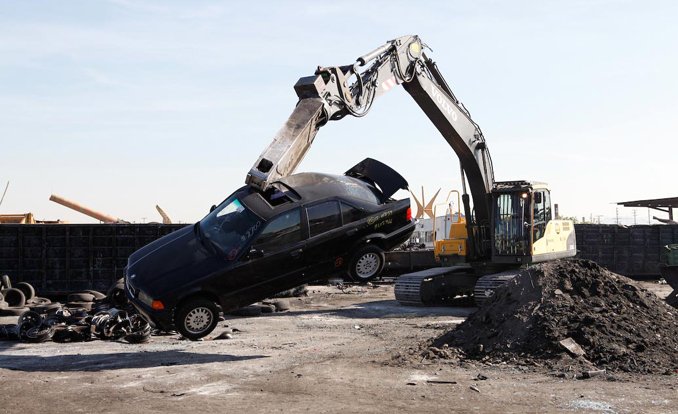 Vehicle recycling involves dismantling a car that can no longer be used once it has come to the end of its usefulness as a complete car or van. Recycling is a great way to protect natural resources by ensuring all environmental unfriendly vehicles are destroyed properly and re-used. Most old vehicles emit a large amount of toxins into the environment if they are left to just rust and rot.

Cars and vans have a lot of reusable parts so not only is it not good for the environment but landfilling cars and vehicles is a huge waste of resources and money.  When a vehicle comes to the end of its useful life, it remains valuable because its components can be used as spares for other motors or to create totally new items.

The recycling process begins when a car owner takes their vehicle to a recycling centre. The first step involves removal of tyres and car batteries. These parts of the car are removed manually. Once this is complete the next stage is to safely drain away any fuel, oil, and any other liquids that are often present. The catalytic converters and batteries are removed for recycling.

For safety reasons it’s not advised to reuse the airbag system so the airbags are safely triggered and taken apart.

Some bits of the vehicle can simply be reused as spares, car parts are only stored for reuse if they are in working condition and there is demand for these pre-used parts in the open market. Often car engines can be and are re-manufactured to a brand new standard but that’s only if the particular model is on demand for spares.

In most cases, any unwanted gear boxes, engines, and other steel car parts are dismantled to prepare them for separate shredding. The ferrous metal material that is recovered after dismantling is sent to steel mills for use as ferrous scrap input. This material can also be used as feed stock to produce high quality steel. Anything from new cars to bicycles and drinks cans can be made from recycled metals left over from the car recycling process.

Other car remains have to be compacted after dismantling to lower transport costs. Shredders are used to crush the cars break them down and reduce them to small pieces. Once the shredding is complete, magnets are used to select iron, steel and other ferrous metals from the shredded material. Other established techniques are applied to separate the rest of the non-ferrous metals.

The remaining shredding residue is still useful and can be used to produce new materials for many different industrial applications. In the past, this residue that is made up of textile fibres, plastics, and glass and even rust usually ended up on landfills. This has changed over the years as recycle technology evolves. Material separation technology has advanced and it is now possible to sort the shredded materials ensuring a practically zero landfill process.

Other components of the vehicles are made up from different types of plastics and foam etc. When the shredded materials are separated, three products are generated including hard plastics, shredder fibres, and shredder sand. The hard plastics come from the car dashboard and its other interior components. The shredder fabric consists of shredded carpets and seat cushions while the shredder sand consists of paint particles, glass, and other fine particles.

These two agents are fossil-based and they release a lot of sulphur dioxide and carbon dioxide into the environment, so any way of reducing this is vital. The shredder fibres are sometimes used in sewage treatment plants amongst other uses. These fibres can be introduced into sewage sludge to help it solidify. The fibres are a good alternative to coal, which is a non-renewable resource.

Once the sewage sludge solidifies, the mixture is placed into a filter press to get rid of water, forming cakes. These cakes are then placed into incinerators and used to produce power and heat.

Over all recycling a car, van or any other vehicle has many financial benefits as well as environmental ones too. Reusing materials rather than just burying them to rot away in a landfill site is simply a no brainer.

How to Book a Slot at the Tip